Anapa is the son of the God of Chaos, Sutekh and current ruler of his realm. When Andre Toulon as Decapitron destroyed Sutekh, Toulon used the head of his Totem to venture to the underworld. There he saw Sutekh's dead body, but was greeted by his son. Anapa warned Toulon that he would have claimed Toulon's soul the minute he stepped into that realm. Although since Sutekh was destroyed thus allowing Anapa to claim his power, he allowed Toulon a brief reprieve from his onslaught. Although sometime later, Anapa conspired with the psychic, Madam Adon, so he could claim Toulon's soul as well as all those freed from his puppets. The plan was that as they were freed from their puppet bodies, Adon used those same bodies but with different souls to kill the originals. Once they were all dead and in his realm, Anapa finally had the souls of Toulon and his friends. It wasn't until Erich, the soul with Torch offered a deal to Anapa: for in exchange for being returned to their puppet bodies, the puppets must undergo seven tasks for Anapa, thus freeing their souls from his grip; something he wholeheartedly enjoyed the prospect of, for that was his plan the entire time.

Anapa seems to have the very similar physical structure to his father, Sutekh. 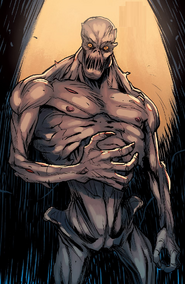 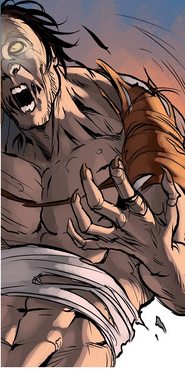 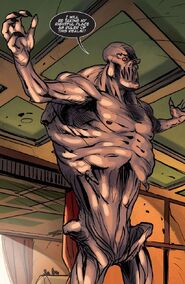 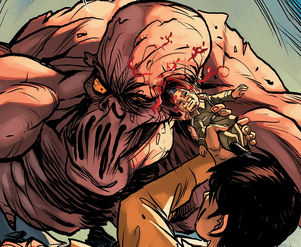