Deceased (Shot by a Nazi posing as an American soldier)
Beth is Danny Coogan's girlfriend who works at the American weapon's factory with Max during the height of World War 2. Danny tries to convince her that her collegue is actually a Nazi, but she thinks that Danny is only jealous. Danny uses Toulon's puppets to steal Max's possessions and proves to her that he has bomb plans. She warns Danny not to get involved and asks them to go to the police but he doesn't listen. Klaus one of the two Nazis, break into Danny's house and kill Donny and Elma Coogan and kidnap Beth. Danny brings back his brother Donny as a Ninja puppet and they break into the Nazi's lair to rescue Beth. Danny and the puppets kill the Nazis and free Beth.

Beth and Danny both win an award from General Porter for foiling the bomb plot and killing both the Nazis but are warned that there is more Nazis that arrived on the boat in California that may try to get revenge, so they call Sgt. Stone to guard them. When Major Collins is killed by Nazi puppets, Danny tells him about Toulon's puppets and the three of them go on a mission to kill the other Nazis.

One year later in 1942, Danny and Beth arrange to meet Captain Brooks so that they can hand over the puppets to be used in the American war effort, but they are both shot and killed by a Nazi that is posing as Brooks. 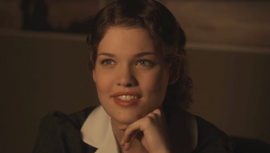 Beth in Axis of Evil 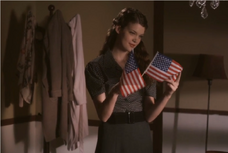 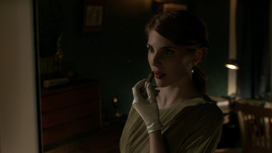 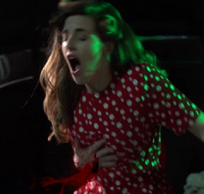 Beth being shot to death
Community content is available under CC-BY-SA unless otherwise noted.
Advertisement