View source
Camille Kenney is one of the characters found in the film Puppet Master II. Like Lance, Patrick, Wanda, and Carolyn, Camille is also a parapsychologist. She is not seen in a majority in the film due to her being kidnapped by Jester and Pinhead, but she does make an appearance at the end in the mannequin body of Elsa. Camille is portrayed by American actress Nita Talbot.

Camille's first appearance in the film is shown when she pulls up to Martha and Mathew's house looking for directions to Bodega Bay Inn . Despite the protests from Martha to not go to the Inn, she leaves anyways, and is the last of the parapsychologists to arrive.

Camille is also said to be eccentric and pretty gifted in her skills by Carolyn. Out of all the parapsychologists, Camille does not seem to get along with Patrick the most (Although Wanda is shown at the beginning to not want Camille around, but this isn't brought up anymore.) as Patrick ridicules her over an article that she wrote about aliens in the Inquiring Planet.

The next day Camille runs down the stairs, claiming that she saw two dolls in her room, and that one had a knife when see sees Carolyn and Patrick, but when they all go upstairs the dolls are gone, and the only dolls there are two little ragdolls sitting under the window. After that, the parapsychologists don't believe Camille about seeing the dolls.

Camille tells them that she feels they are all in danger as long as they stay at the Inn and she decides that she is leaving tonight, and suggests that they all do the same. However, when she goes to pack her stuff, she is attacked and kidnapped by Jester and Pinhead.

Camille's disappearance prompts her son, Michael Kenney, to go to the Inn looking for her since all of her belongings and her car still remain at the Inn. Camille isn't shown for the rest of the film until near the end when Michael sees her inside of a dumbwaiter after he is trying to fight off Blade, along with Jester who has slashed Camille's throat.

Jester then takes the last remaining goblet of the serum that Andre Toulon had tricked them into creating down to Camille, whose soul is then put inside of the puppet version of Elsa.

At the end of the film, Camille, now inside of the Elsa mannequin, is driving the puppets to the Bouldeston Institution for Mentally Troubled Tots and Teens to do a show. 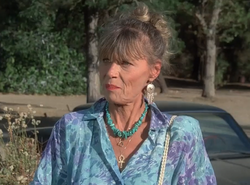 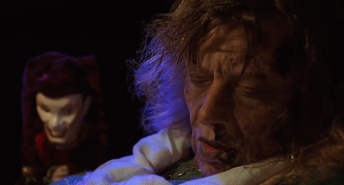 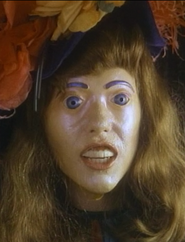 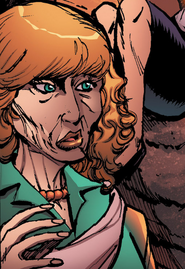 Camille in the Action Lab Comics
Miss. Camille was one of the puppet's evil masters. She was a living mannequin that Andre Toulon had originally made in the image of his wife Elsa Toulon.

The mannaquin contained the spirit of a psychic medium woman Camille Kenney that the puppets had murdered. It is unknown why she had turned evil after her soul was transferred into the mannequin.

When the puppets resurrected Andre Toulon back from the grave, he had turned insane and tried to transfer a parapsychologist Carolyn Bramwell's soul into it so that she would live forever as his new bride. After the puppets killed him, they had no master to command them so they used the soul of Camille Kenney, a woman that they had killed earlier to give life to the mannequin.

The mannequin gave herself the name 'Miss. Camille' and created a puppet show called 'Happy Ever After' and took the puppets in a truck to the Bouldeston Institution, which is an institute for mentally troubled children and teenagers to cause mayhem. This story is never followed up and ignored in the sequels but is continued in the comics.

Elsa's mannequin that was used to create Miss. Camille 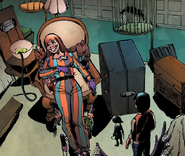