Moebius is a German Nazi commander who arrived in America on a boat at Santa Monica Pier, California with many other Nazis. Moebius and his girlfriend Uschi hide out in Chinatown and are leaders of a Resurrection Device created by a hostage doctor from Austria. Dr. Freuhoffer. Their goal is to resurrect their dead German soldiers and create a new race of super humans to win the war.

Moebius also plots to assassinate the highly-decorated General Porter to deliver a crippling blow to the American war effort.

Moebius studies the occult and Adolf Hitler always hated Moebius's resurrection project so he was forced to continue his project out of Germany in secracy. After killing Ozu he steals a bag from her containing Tunneler and Dr. Freuhoffer steals the serum from his body and uses it to create four Nazi puppets to help them in their assasination. One of the souls of the puppet Bomb Shell is from Moebius's girlfriend Uschi who he shot for being too promiscuous towards the other Nazis.

Moebius is shot by Six-Shooter, stabbed in the mouth by Blade and is finally killed by Kamikaze who self destructs. 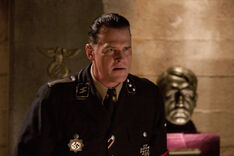 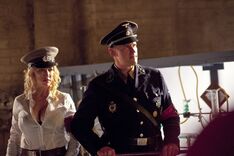 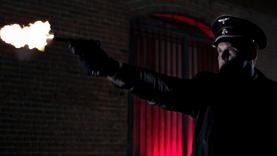 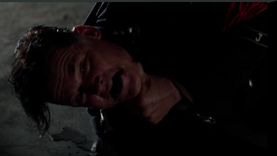 Moebius shortly before he was killed by Kamikaze
Community content is available under CC-BY-SA unless otherwise noted.
Advertisement