Dana Hadley, (also known as The White Witch), is a pychic palm reader who works at carnivels for her living, is close friends with Alex Whitaker, Frank Forrester, Carlissa Stamford and Neil Gallagher. She used to be friends with Neil, they had a close relationship, until Neil left Dana. For whatever reason, it left her extremely bitter and she has a clear disdain for him. But unknown to him she was later killed by Blade as he cut her throat.

She also has a stuffed dog, most likely a close companion, or was, that is now pasted on. At the end of the first film, it is shown that Megan and "Leroy", are walking up the stairs. This meaning Megan has found the formula, and animated the dog, and is most likely the new "Puppet Master". 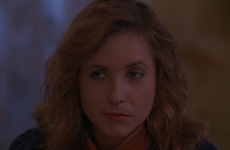 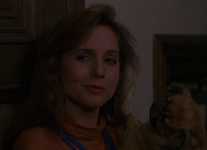 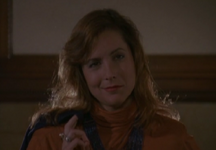 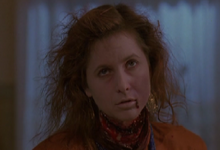 Dana after Blade murdered her 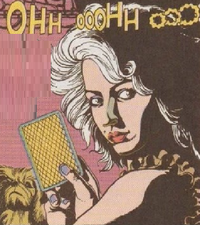 Dana in the Eternity Comics
Community content is available under CC-BY-SA unless otherwise noted.
Advertisement