Deceased (Shot by a Nazi posing as an American soldier)
Danny Coogan is your average 18-20 year old boy. When Danny was little, he was ill of a disease common back in the day called "Polio", located in his leg. He is now handicapped, making him angry, and wanting to wish that he never made it through, because he cannot go over sea's and fight in the war. He almost didn't make it, the disease almost killed him completely.

This worried family members such as his mother, his brother Don, and his Uncle Len who hires him as a carpenter at the Bodega Bay Inn where Danny's new friend Mr. Andre Toulon shot himself because two Nazis located him after a wild goose chase.

Andre would not hand the secret of the formula over to the Nazi's, who would just use it carelessly like anyone else who would inherit it. Danny, being a good friend of Toulon's, took the puppets after hearing the gun shot that Toulon fired into his mouth, (shown in Axis of evil, and PM1).

After taking the formula back to Chinatown were he lives in a run down apartment with his mom, brother, and not far from his girlfriend, Beth, who works at the factory in San Diego with Ben/Max a Nazi who came to kill Andre Toulon in the first place to get the formula.

Danny remembers Max the Nazi from the hotel when he was restoring furniture. Max bumped into Danny on his way out of Toulon's room. Danny went to visit his girlfriend at the manufacturing plant, and noticed it was him in disguise.

Danny tries to convince Beth that Max is a Nazi, but she thinks he's just jealous, he used Toulon's puppets to steal Max's posessions and win her trust over with his bomb plans. Klaus shoots and kills Danny's mother and brother and kidnaps Beth. He puts his soul into a Ninja puppet and fights the Nazis, and rescues beth.

Danny and Beth win an award for stopping the Nazi's plan to blow up the weapon factory but are informed by Major Collins that more Nazis are hiding in Chinatown. With with the help of Sgt. Stone, they fix Six-Shooter and fight more Nazis lead by Commandant Heinrich Moebius.

One year later in 1942, Danny and Beth arrange to meet Captain Brooks so that they can hand over the puppets to be used in the American war effort, but they are both shot and killed by a Nazi that is posing as Brooks. 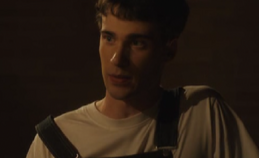 Danny in Axis of Evil 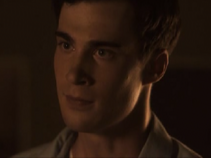 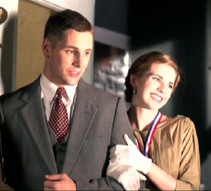 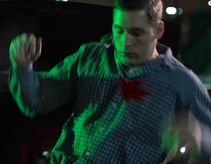 Danny being shot to death
Community content is available under CC-BY-SA unless otherwise noted.