Doktor Death is the second solo spin-off film (the first being Blade the Iron Cross). The movie was confirmed on Fullmoon Features' official Instagram page. This movie will be a solo spin-off of the Dr. Death puppet from Retro Puppet Master. 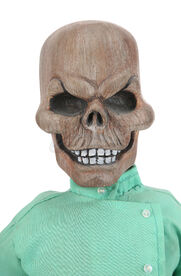