Puppet master Wiki
Register
Don't have an account?
Sign In
Advertisement
in: Characters, Soul of a puppet, Deceased,
and 3 more

Donny or Don Coogan is Danny Coogan's older brother. He enlisted to join the war effort during World War 2 and was planning on shipping out. He use to hang out at the recruitment station everyday with Sgt. Stone. He is a big fan of Western movies and finds Six-Shooter's arm's in Toulon's trunk and says he wants to fight the Nazis like a cowboy. He is very good at sneaking up at people and has startled his mother Elma Coogan and his brother many times. He was hoping to be shipped to the Japanese jungle so that he could use his sneaking skills to slit Japanese soldier's throats. He and his mother were shot dead by the Nazi Klaus and his soul was transferred into a Ninja puppet's body. While in the Ninja form he helped Danny to get revenge on the Nazis that killed him and his mother. 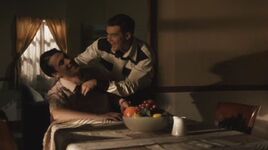 Don sneaking up on Danny, a skill that will come useful later when he becomes a Ninja puppet 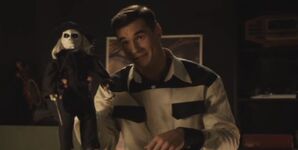 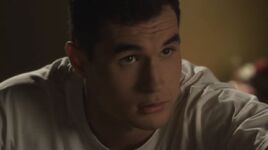 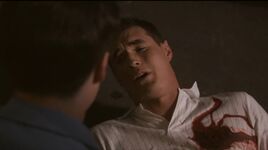 Don dying after Klaus shot him

Ninja has the soul of Don
Community content is available under CC-BY-SA unless otherwise noted.
Advertisement