Drac is an inanimate puppet in a suit that is in Andre Toulon's Hotel Room at the Bodega Bay Inn and was probably built by him. He never came to life and is only a background prop.

Drac has a much larger role and actually comes to life and is named in the Action Lab Comics.

Drac looks like a nicely dressed man with neatly combed black hair. He wears a long black cape-like tuxedo with a white shirt under it. He wears either a long blue necktie or a black bow-tie. He has black lifeless eyes and his face is formed into an evil smirk. He has a small amount of facial hair that is formed into a black goatee.

The top portion of his head is able to extend upward revealing razor sharp teeth inside of his mouth.

In 1941 when Andre Toulon was hiding out at the Bodega Bay Inn hotel he had many different inanimate puppets all around his room. One of those puppets was Drac, a vampire puppet that stood on a table in the back of his room. When Toulon committed suicide and the two Nazi spies Max and Klaus searched for Toulon's secrets in his hotel room, they threw Drac on the floor, along with all the other inanimate puppets, before they left.

Madam Adon bought all of Toulon's inanimate puppets from an auction long after he had died. Adon was a fortune teller that hired out her puppets to her clients by placing their souls temporarily into the puppets, allowing them to take control of it and exact revenge on those who have wronged them. After their mission was complete, Adon would then put their soul back into their human body.

One of her clients was a man who suspected his wife of cheating on him so he used the body of Drac to go to their home and kill his wife and her secret lover by biting them with his sharp teeth. 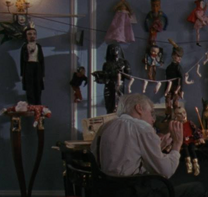 Drac's appearance in the first movie

Drac damaged on the floor in Puppet Master: Axis of Evil 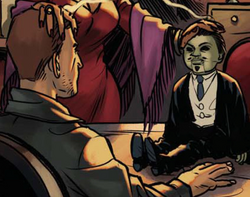 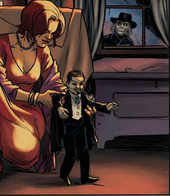 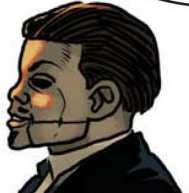 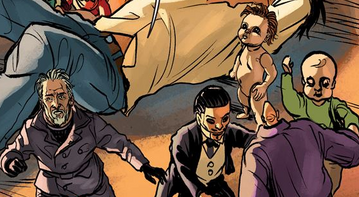 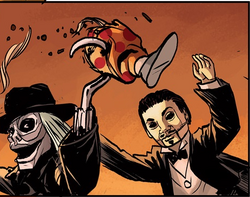 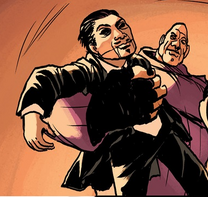 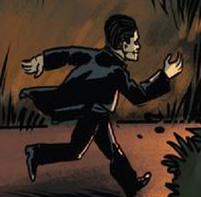 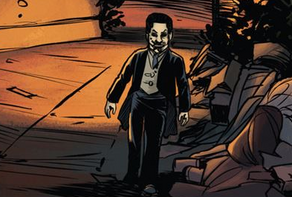 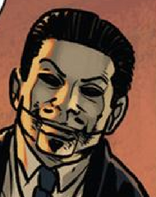 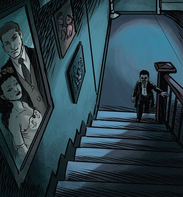 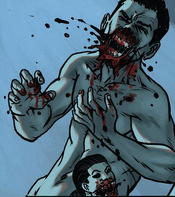 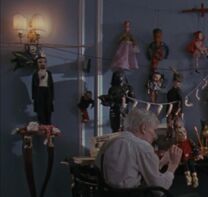