Elsa Toulon was the wife of Andre Toulon that he had met in Paris during 1892. She would later be murdered by the Nazis in 1941 and her soul would be placed into Leech Woman.

Elsa was born in Switzerland and during 1892 she was staying with her father in Paris , France at the Swiss Embassy. Her father was very strict and did not let her leave the embassy at any times, and she was forced to dance with old men at the celebration balls. Elsa sneaked out one night because she wanted to see the night life of Paris and Margarette, a worker at the embassy tried to stop her, but since they both have a good connection, she let her go. Elsa went to the Theatre Magique to watch a puppet show, little did she know that she will meet her future husband Andre Toulon there.

When her father discovered that Elsa had been out, he sent three guards to beat up Toulon and teach him a lesson for being near his daughter. When Afzel taught Toulon the secret of life, Sutekh's Mummy Servants broke into the embassy to kill all the residents and kidnap Elsa to force Toulon out of hiding so they can steal back the secret from him. Toulon rescued her and introduced her to his puppets.

The two of them toured the world doing puppet shows, one in particular in Cairo, Egypt, during 1912 when he bought her a dress that became her favorite. During this time Andre Toulon had met a merchant who tried to sell him some ancient secrets but at first he was hesitant about it, but Elsa convinced him that it was the right thing to do.

When Andre escaped to America at the Bodega Bay Inn hotel, he made two life size mannequins based on him and Elsa. When the puppets resurrected Toulon many years later, he was a confused, soulless monster that thought a para-psychologist who was working at the hotel was Elsa reborn.

During the 1930's they settled down in Berlin, Germany. Andre tried for many years to paint a portrait for Elsa but his painting skills were not the best so he decided to build her a special doll in her likeness. When the second World War began, Elsa and Andre showed their hatred to the Nazis by putting on a puppet show which poked fun at Adolf Hitler. Lt. Eric Stein saw one of these performances and reported it to Major Kraus. Kraus, who was the leader of the Deathcorp Project learned about Toulon's living puppets and wanted to use his secret to help in Dr. Hess's experiments.

Elsa tried to stop Kraus from stealing it and she was shot by one of his guards. The Nazis proceeded to arrest Andre and Elsa spat at them so Kraus shot her in the head with his gun. Andre escaped from the Nazis with help of his puppets and broke into the morgue and removed Elsa's spirit, he then placed it into the doll he had made for Elsa bringing it to life. The doll was defenseless so Andre fed it some medical Leeches which turned it into Leech Woman. She was now used to get revenge on the people that caused her death. 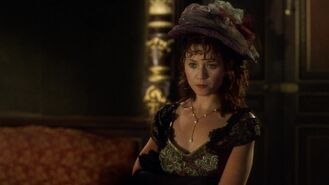 Elsa as a young woman 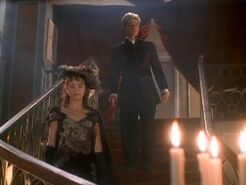 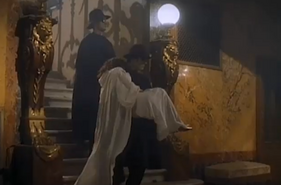 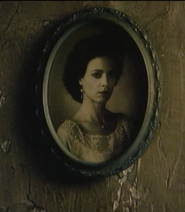 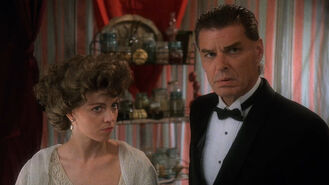 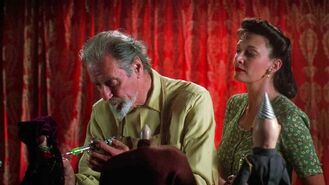 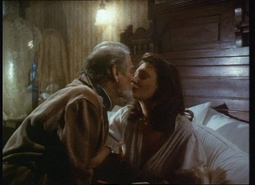 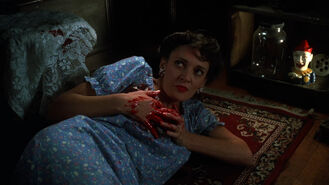 Elsa seconds before she is shot and killed by Major Kraus 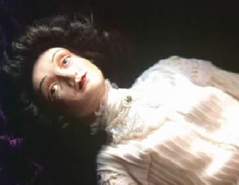 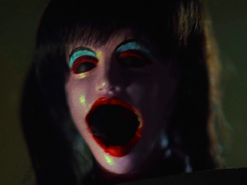 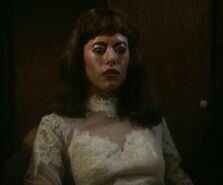 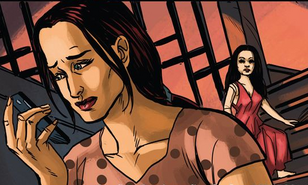 The events were very similar to Puppet Master III, but took place in 1938 and Elsa was a much older woman with gray hair. Instead of a lieutenant who informed the Nazis about Toulon's puppet show it was a Hitler Youth child and the Nazis didn't arrest Toulon they only came to destroy his puppets. When the Nazis arrived at Toulon's house they immediately kicked him down on the floor and began destroying all of his puppets. None of the puppets were alive during this point in the Eternity story line.

Elsa charged at the Nazis when they began pulling the head off of the puppet in her image but they killed her by stabbing her in the stomach. Toulon then promised her she would return from death and cut out pieces of her brain with a scalpel and mixed it with the elixir and used it to bring Leech Woman to life. Elsa's body was buried with the Egyptian papyrus  and a diary containing information about the magic and how it works. A few months after her death, two Nazi spies by the name of Frtiz and Hans had unearthed her corpse, that was wrapped up like a mummy in bandages and had stolen the objects that she had been buried with and after reading the diary it had lead them to travel to Cairo, Egypt, so that they could question the merchant that had sold Toulon the magic. 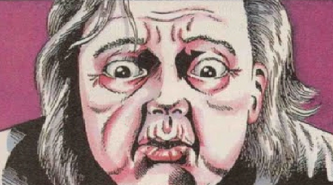 Elsa in the Eternity Comics 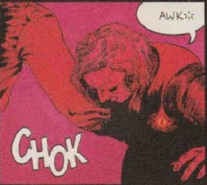 Elsa's death in the Eternity Comics (stabbed by a Nazi) 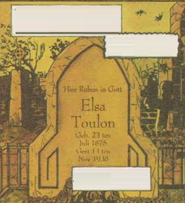 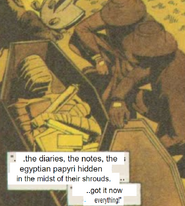 Madeline Toulon was Andre Toulon's wife in The Littlest Reich timeline, she is an alternate version Elsa. There is not much known about Madeline, other than she met and married Andre sometime in the 1940's in Berlin, Germany and in 1945, shortly after the war was over, she had boarded a ship that was on route to the United States and during the journey she jumped overboard to her death. It is not clear why she killed herself, it could be that she was actually thrown over, or she was shocked after witnessing the puppets kill other passengers.