Erica Sharpe is a spoiled female CEO of her family's wealthy namesake toy company called Sharpe Industries and a vileness in The Puppet Master vs. Demonic Toys. She and her partner Julian made a pact with a malicious devil named Bael and she served him with suitable blood sacrifices. She was portrayed by Vanessa Angel.

When Erica Sharpe was apparently a spoiled child with a father who owned a toy factory and would do anything for her. When she begged her father for him to get her toys that live, when he couldn't get them he tried to live up to his goal as a nice and loving parent and went to the length of getting in contact with Bael, the demon of wealth and profits, in which he made a deal to have toys that live in exchange for his soul. The toys which he was given were found in the darkest corners of hell and had previously raised a lot of havoc elsewhere. After Erica's father dies, the toy company is handed down to her. After getting fed up with her rude toy companions who fail to behave or follow any of her orders, she does some research and uncovers Andre Toulon's epic tale and learns of the living, loyal puppets who are now in the hands of a former employee at her toy factory that she fired Robert Toulon who he and his daughter Alexandra, revealed to be the direct descendants of the Puppet Master himself.

She want to have the Toulon puppets as her own puppet protectors for herself, making toys come to live to attack the innocents all over the world and send the Toulons to Hell. She been taken away to Hell by Bael for having the plan failed by the puppets, disappeared from the face of the Earth as his slave for all eternity. 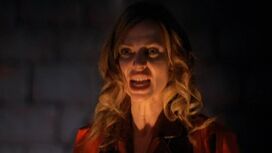 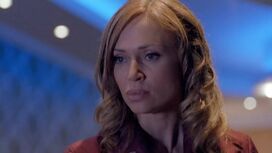 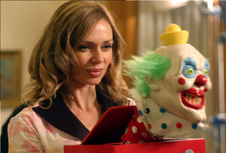 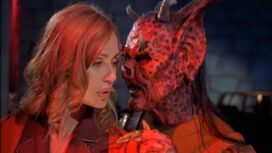