Fritz was a former SS German soldier that had served alongside Nickolaus in World War II. Many decades later when Fritz was an elderly old man that was close to death, he had attended a competition party that Nickolaus had organized where he had unleashed Andre Toulon's puppets on the guests and the objective was to be the last survivor and the winner would be granted immortality with the magical elixir. Nickolaus had sent Leech Woman to attack Fritz, as he was a very old man and her method of attack was much slower than the other puppets. After all of the guests had been killed, Nickolaus turned to congratulate Frtiz for being the last survivor, but as he was preparing the syringe to inject into him, he had realized that he had stopped breathing and the leeches had drained too much blood out of him, killing him. 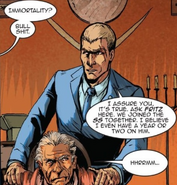 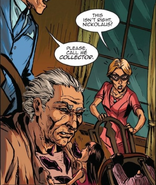 Nickolaus checking to see if he is still breathing 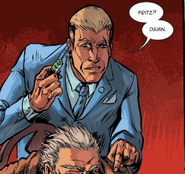 Nickolaus finding out that he had died
Community content is available under CC-BY-SA unless otherwise noted.
Advertisement