Puppet master Wiki
Register
Don't have an account?
Sign In
in: Other puppets, Puppets, Nameless,
and 3 more

Gypsy is one of the puppets of André Toulon.

Stub templates just show off a wiki's flaws. Instead of using a stub template, make the page better!

Gypsy was seen stashed in Toulon's Trunk that he hides from the Nazis in a secret hiding place in his room at the Bodega Bay Inn during the second World War, shortly before his suicide. It is unknown if Gypsy was alive, but Toulon seemed concerned that this one wasn't found by the Nazis so it must have been of some importance. The last time Gypsy was seen was when Danny Coogan found the puppets he took them home. It is possible that he kept it.

Vacany
Gypsy was seen in a Nazi collector's shelf along with Freak, Kamikaze, Bombshell, Blitzkreig, Weremacht, Ninja and Tank with no explanation of how they got there other than the man has been obsessed with tracking down all of the puppets that were once alive to put in glass cases.
Curtain Call
Gypsy's body was broken apart by Anapa and recycled into a new puppet called The Collection, which was made up of various parts of other puppets. 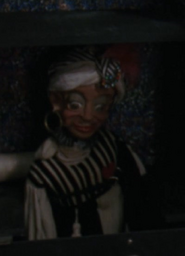 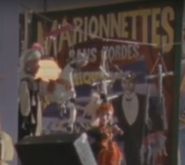 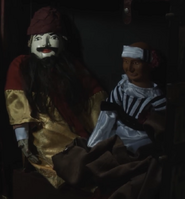 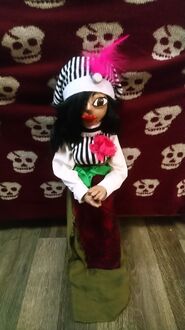