Puppet master Wiki
Register
Don't have an account?
Sign In
Advertisement
in: Puppets, Other puppets, Monsters,
and 2 more

The Homunculus creatures are more likely demons of Arabic folklore. They are puppets that contain magical powers that are found in the tombs of pharaohs and kings. One of them was being offered to Andre Toulon on the black market by a mystical Egyptian merchant who captured and imprisoned it with a chain around its leg.

Homunculus creatures have dark green skin and big pointy ears. Their face is formed into an evil frown and their eyes are small and black. They wear a large golden hooped earrings and have a pointed bump on the top of their heads. They have small reptilian noses and they have small hands that are similar to a human baby.

They wear a red velvet shirt with flower patterns and three golden buttons. They wear puffy multicolored striped shorts over the top of purple pants and they wear Arabian slippers that are either gold or purple.

Andre Toulon first met one of them while he was doing his puppet show Faust in Cairo, Egypt during 1912 with his wife Elsa Toulon. The two of them were invited into a tent owned by a mysterious Egyptian man who tried to sell the creatures secrets to him. The creature was chained by its leg so it was possibly a slave. Toulon would dream about this creature two times at different periods of his life.

Toulon would dream about the Homunculus after escaping from Nazis that raided his hideout.

Maclain briefly read a diary entry about the Cairo exposition and the Homunculus, but she burnt the page claiming that it was useless information. 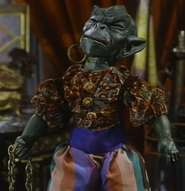 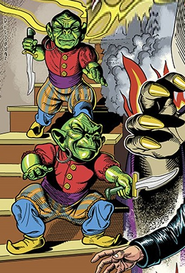 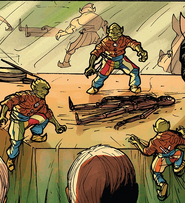 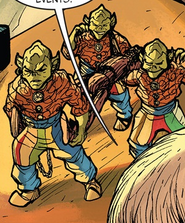 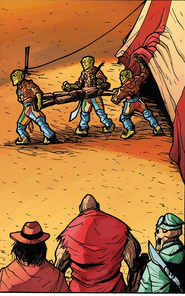 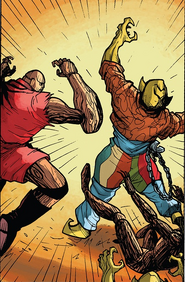 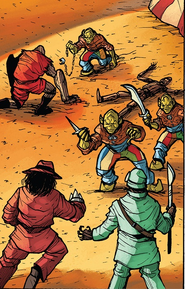 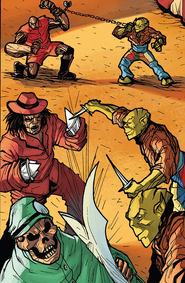 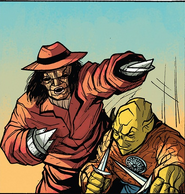 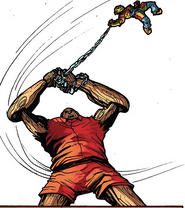 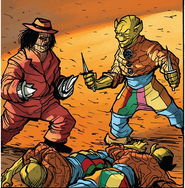 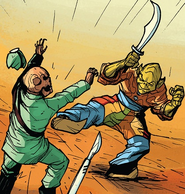 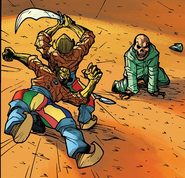 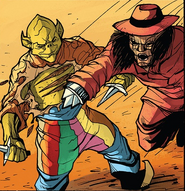 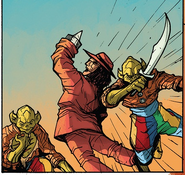 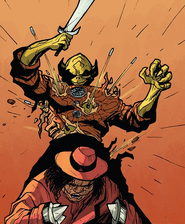 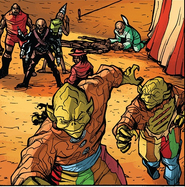 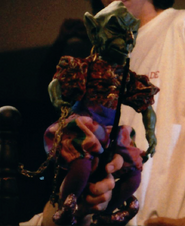 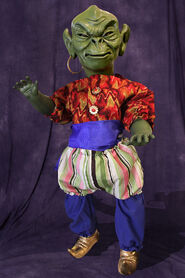