Jane Magrew is a character and one of the two main protagonists in the film Curse of the Puppet Master . Jane is the daughter of Dr. Magrew, and the romantic love interest of Robert "Tank" Winsley . Jane, unlike her father, is also shown to be very caring of the puppets and they also like Jane, with Pinhead defending her whenever Joey Carp tries to break into her room. Jane is portrayed by American actress Emily Harrison.

At the beginning of the film, Jane is home from college and has come to visit her father. Jane asks what happened to Magrew's previous assistant, Matt, which he replies that Matt left because his father was ill.

When they ride into town, they go to a gas station where they see Robert being bullied by Joey Carp. Jane goes to stand up for Robert, but is called a bitch by Joey, and Magrew intervenes by trying to fight Joey.

Jane is also the first to see Robert's true talent which is wood carvings, when she finds the figurine he was carving on the ground and compliments him on it. Jane then proceeds to show it to her father, who hires Robert as his puppet maker at the House of Marvels.

Over time in the film, Jane begins to develop feelings for Robert, and he even defends her when Joey tries to rape her in front of him when they go for a ride in the woods.

The puppets seem to like Jane, even to the point of defending her when Joey comes to rape Jane again. Robert comes into her room to comfort her, and then her father comes in to talk to her, with her revealing that she loves Robert and even if he fires him, it won't change anything.

Magrew doesn't take well to this, saying they are just kids and he doesn't want to see her get hurt. A few days later Robert falls ill and Magrew sends Jane to pick up a unicorn from town while he waits for the doctor to arrive to look at Robert.

Jane then hears from Tommy Berke that Magrew has not ordered anything from him in the last six months. Jane goes back to the woods to see what was in the burned box that Robert found.

Jane then sees Matt, who has been turned into a puppet, and realizes that Magrew intends on doing the same to Robert and she races back home.

Jane is too late, but when she arrives home, she sees her father near death (after being attacked by Blade , Pinhead, and Tunneler .) Jane asks what did he do, and he points at the Tank puppet and says "I did it."

Jane recognizes Tank as Robert because of the display unit, and screams out "Robert, no!", as he shoots Magrew between the eyes with a lightning beam before the credits roll. 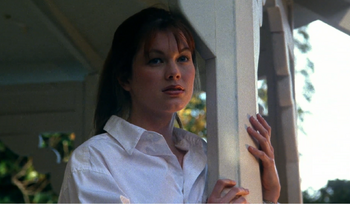 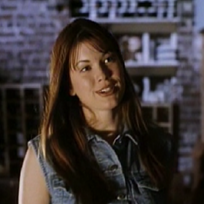 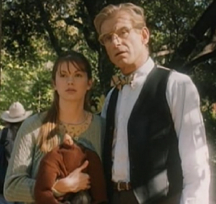 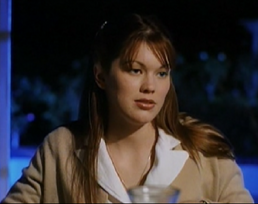