Kahn is a living Burmese opera puppet that Andre Toulon has in his room at the Bodega Bay Inn during the second World War. He acts as Toulon's lookout and watches the window in search of the Nazis who are pursuing him. He is only seen briefly in the movie and it is never explained who he was or where he came from. The Action Lab Comics expand on all of these mysteries.

He wears a dark red cloak with yellow linings. He wears red slippers and his skin is pure white. He wears a purple turban and has a black mustache and a long, wiry beard. His lips are painted red and there is a line around his mouth indicating that it can probably open and close. He is often seen in the comics holding two scimitar swords.

After escaping from Switzerland, Andre Toulon arrived in America at the Bodega Bay Inn hotel in California. Toulon used this hotel to hide from the Nazis and even cut a hole in the wall and made a secret hiding place for him to put his puppets in emergencies. Kahn is first seen sitting by the window as a look out for Toulon. When he spotted the two Nazis Max and Klaus approaching the building, he turned his head to warn Toulon. Toulon put him and the other puppets into the trunk and proceeded to hide them in the secret hiding place.

Toulon then committed suicide by shooting himself in the head. When the two Nazis entered Toulon's room they searched the whole room but were unable to find the puppet's hiding spot so they left. It is unknown what happened to Kahn after this as he is never seen or mentioned again in the movies, but the Action Lab Comics would explain all of this.

Shortly after Toulon's suicide, Danny Coogan, a disabled carpenter who worked at the hotel, heard the gunshot and entered to see if Toulon was alright. He knew about Toulon's hiding place and so he removed the puppets and took them home. Danny revived all of the puppets with the elixir, apart from Kahn for unknown reasons.

One year before the main 1989 events of the first Puppet Master movie, Neil Gallagher had recently uncovered the hiding place of the puppets at the Bodega Bay Inn. On Halloween Neil took the puppets to Pi Kappa Sig sorority house where he commanded the puppets to kill the college girls that were staying there so that he could see how effective each puppet was and also use the girl's corpses as new human test subjects so that he could perfect the elixir to work on humans.

The puppets then followed Neil's orders and started to kill all of the girls there one by one. Kahn chased Laura, one of the girls down the stairs of the soririty house and then jumped on her back, cutting her repeatedly and swung his scimitar swords in the air. Neil yelled at Kahn to stop as he was getting out of control and he had mutilated the girl's corpse too much and it could not be used in his experiments. Neil then realized that Kahn was doing this intentionally to screw up his plans, so he drained all of the elixir out of his body as a punishment.

Many years after Toulon's death, Madam Adon a psychic woman had somehow obtained all of the puppets that were left in his hotel room. She also managed to get access to Kahn who was inanimate and hung up in her fortune telling store. 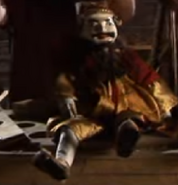 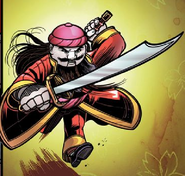 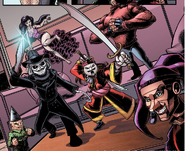 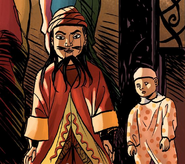 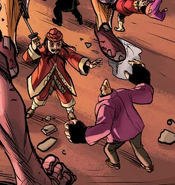 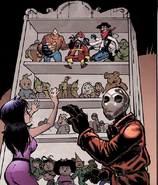 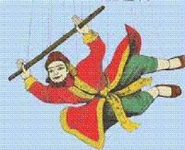 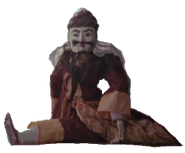 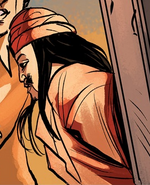 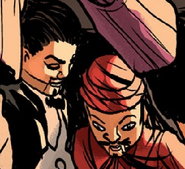 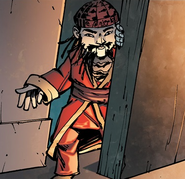 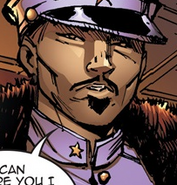 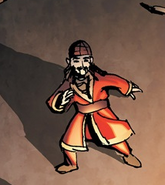 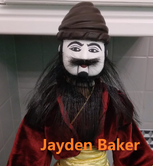 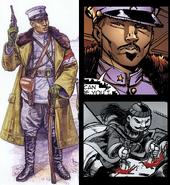