These are various Torch puppets (now known as Kaiser) that Andre Toulon (The Littlest Reich timeline) and his father Henri had built for their puppet performances in Paris and all around the world. The first known Kaiser to have been built between 1927 and 1931 and its flamethrower hand was blocked with a clip on hand and most collector's assume that his arm cannon was a bugle of water, like a fire fighter puppet. During the late 1930's and the 1940's when World War II broke out, Toulon begin to assist the Nazis in their Final Solution mission and would give life to his puppets so that they could seek out people that the Nazis saw as unfit and murder them. The Kaiser puppets would set people on fire and also burn the remains of the victims that the other puppets had slaughtered.

After the war had ended Toulon had escaped to the United States, where he continued to build and manufacture more puppets, including Kaisers and he would run a mail ordering service where he sold them to people from all over the world. He continued to do this up until his death in 1989. In 2018, a lot of his puppets, including the Kaisers were all unleashed at a auction and killed most of the visitors there.

In Puppet Master: The Littlest Reich, there were multiple different Torch puppets (now referred to as Kaiser). Their jackets were either black or brown and were covered in small metal medals. They had a silver flamethrower arm on their left hand and a black gloved hand on the right.

They also had the ability to clip on a regular hand over the top of the flamethrower to hide it. Their helmets were silver and were based more on a World War 1 era helmet and the red lights in their eyes were a lot more faded and had an almost pink hue. They wore a leather belt sash across their jacket and leather laced boots. 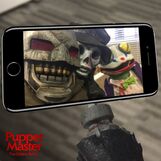 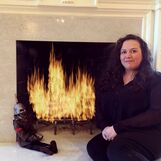 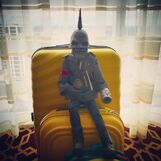 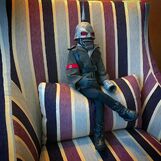 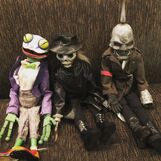 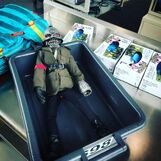