These are various Blade puppets that Andre Toulon (The Littlest Reich timeline) and his father Henri had built for their puppet performances in Paris and all around the world. The first known Blade to have been built was in 1912 and its design was based on a clown mixed with the Grim Reaper. This one had an evil skull face and a leather coat and was performed in front of audiences. During the late 1930's and the 1940's when World War II broke out, Toulon would design a new version of Blade which had long white hair, a hat and a gaunt face with small daggers in its eye sockets. He would use this one to perform anti-Jew puppet shows. Toulon would later assist the Nazis in their Final Solution mission and would give life to his puppets so that they could seek out people that the Nazis saw as unfit and murder them.

After the war had ended Toulon had escaped to the United States, where he continued to build and manufacture more puppets, including Blades and he would run a mail ordering service where he sold them to people from all over the world. He continued to do this up until his death in 1989. In 2018, a lot of his puppets, including the Blades were all unleashed at a auction and killed most of the visitors there.

In Puppet Master: The Littlest Reich, There were three different Blades. 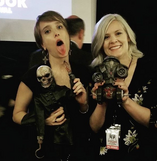 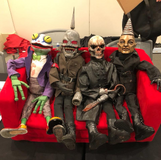 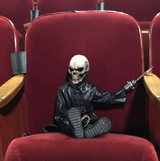 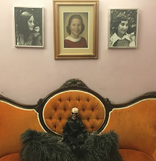 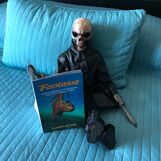 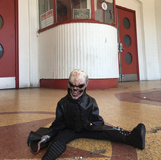 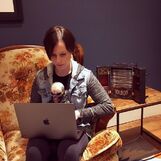 Goldie (The Littlest Reich, stabbed in the heart multiple times)

Richard (The Littlest Reich, stabbed in the ankle and body)

Christian (The Littlest Reich, intestines cut out, throat slashed, stabbed in the eye)

Markowitz (The Littlest Reich, stabbed in the throat)