Lauren is one of four main characters in Puppet Master 4 and also appears in Puppet Master 5: The Final Chapter. Lauren is a psychic, a friend of Rick Myers and Suzie, and is also the girlfriend of Cameron, the main antagonist of the fourth film. She is portrayed by American actress Teresa Hill.

Lauren first appears in the film visiting Rick Myers at Bodega Bay Inn along with Suzie and her boyfriend Cameron. Lauren manages to find Blade, as well as Toulon's trunk with the other puppets in it. The two also find a strange gameboard and Cameron manipulates her into using the gameboard to communicate with Toulon. Unbeknownst to the two, the glowing pyramid in the middle of the board is a conduit between the mortal world and the underworld, and they release more of the Totems. Lauren and Cameron flee to their car but Cameron is killed by a Totem and Lauren runs back inside. Eventually, a Totem corners her and almost kills her but she is saved by Suzie.

Lauren has a very minor appearance in the fifth film. Following the events of Puppet Master 5, Lauren is now comatose but she is frequently haunted by visions of Sutekh and his Totem. Eventually, she manages to telepathically communicate with Rick via his computer at Bodega Bay Inn and warns them, giving them the formula and pleading him to revive Decapitron.

It is likely that Lauren was also killed by Maclain while trying to protect Toulon's diary along with Suzie and Rick Myers. 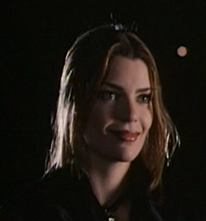 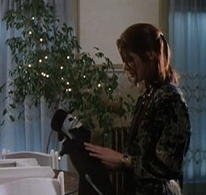 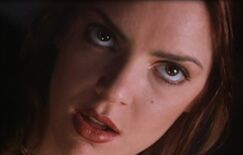 Lauren posessed by Sutekh during the ritual 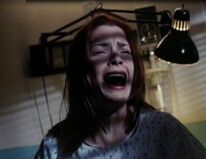 Lauren breaks free from Sutekh's power in the hospital
Community content is available under CC-BY-SA unless otherwise noted.
Advertisement