Leeches are small creatures that suck blood from an animal's body.

When Major Kraus murders Andre Toulon's wife Elsa Toulon, he puts her soul into a doll that he had made, but she was defenseless in this form so he used medical leeches that he found in jars and put them into her mouth, she then became Leech Woman. After Lt. Eric Stein is murdered by her leeches, Major Kraus gets angry and starts shooting jars of medical leeches that Toulon had used.

Leech Woman has the ability to vomit out leeches at will that will suck the blood from her victims. The leeches seem to be a magical power since she can summon them whenever she chooses. On one occasion when she helped to kill Neil Gallagher, a giant leech came out of her mouth. These leeches are also a lot more powerful than common ones and are able to kill humans because they can drain blood a lot faster. 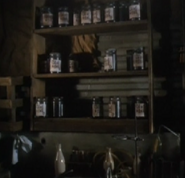 Toulon with a leech

Toulon putting a leech into the doll's mouth 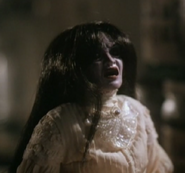 Leech Woman spits out a leech 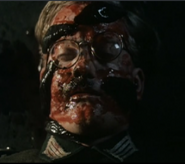 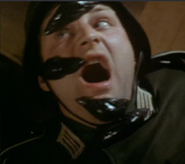 Alex Whitaker's nightmare of being attacked by leeches

Frank Forrester being killed by the leeches

Nozoki-ya choking to death on a leech

Leech Woman spits a leech into an SS Nazi's mouth

Sturmbahnfurher Krabke electrocuting a leech that is sucking out his eye 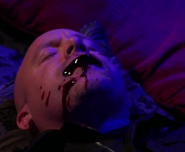 Another Nazi that is choking on a leech 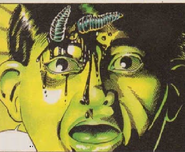 A Hitler Youth child being killed by leeches in the Eternity Comics
Community content is available under CC-BY-SA unless otherwise noted.
Advertisement