Martha (portrayed by Sage Allen) is a character in Puppet Master II. She is first seen when Camille Kenney stops by her house in order to ask for directions to Bodega Bay Inn, despite Martha's protests for her not to go there. Later on, Martha wakes up in the middle of the night to find that Leech Woman has cut Mathew's (her husband) throat. Martha tosses Leech Woman into the fireplace, but Martha ends up being burned alive by Torch, who was also present in the room. 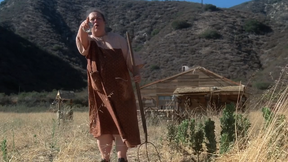 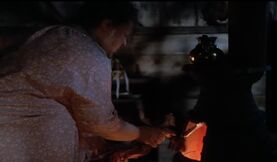 Martha killing Leech Woman by putting her into a furnace 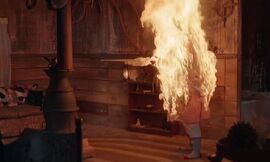 Martha being murdered by Torch 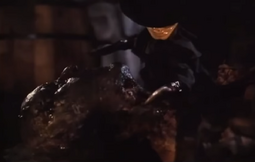