Mechaniker is a miniature robot puppet from Puppet Master: The Littlest Reich. He was made as a toy for small children to play with

He has a knight-like design with wheels to move around there are small blades on these wheels for attacking. 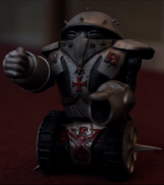 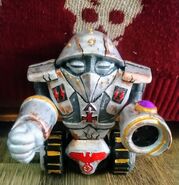