Deceased (crushed by a chandelier that Retro-Six-Shooter had shot, stabbed by Dr. Death and Retro-Blade, pushed under a moving train by Andre Toulon
The Mummy Servents are the slaves of Sutekh and minor villains in the Puppet Master series.

The Mummy Servants were three mummies that were resurrected by Sutekh to go to Paris, France to find the wizard, Afzel who has stolen the secret of life. When they arrived in Paris, they wore disguises so nobody would know that they are members of the undead, they hid in a secret lair in the Paris Catacombs and paid two thugs to murder Afzel for them, when the thugs failed to carry out the plan, the mummies killed them.

When Afzel gave the secret of life to Andre Toulon, the three mummies killed all of his fellow puppeteers. Andre Toulon then bought his friends back to life as the retro puppets. Toulon put up special protection signs on his door and even had a scar on his arm, this symbol protects him from the mummies. They break into the Swiss Embassy and kill all of the workers, and kidnap Elsa Toulon. Andre Toulon fights them to the death using the help of his puppet friends, and rescues Elsa.

The mummies have many special magic powers, the leader can summon a green ball of energy that he eats and regains his full strength, they can also put people to sleep, sense people, send people nightmare messages and drain victim's energy. 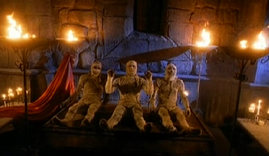 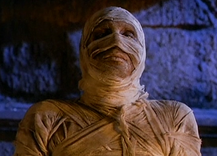 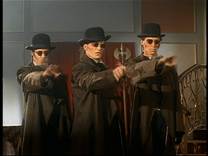 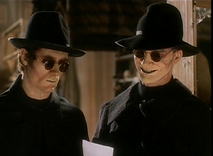 The two remaining mummies in their second disguise 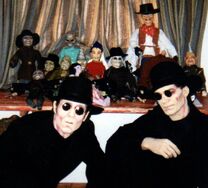 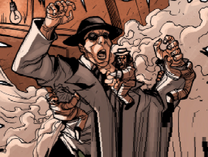