Paris, France is a city in Europe that has an important role in the Puppet Master franchise.

Andre Toulon was born in Paris and he had his puppet theater Theatre Magique there during 1902, during this time the Egyptian sorcerer Afzel escaped to Paris and gave Toulon the secret of life, which he used to bring his first puppets to life. It is also when Toulon met Elsa Toulon who was staying in Paris with her father at the Swiss Embassy and his friends were murdered by mummies. Toulon escaped with Elsa to Berlin, Germany for their safety and started to tour the world doing his puppet shows but he returned to Paris only to teach anatomy and medicine to students. After the first World War, Toulon could no longer stand the sight of blood so he gave it up.

In the 2000's when Robert Toulon the great grand nephew of Andre Toulon inherited the puppets, his mean wife stole the puppets and tried to sell them at a flea market in Paris, but Robert stopped her. This event upset him so much that it eventually lead to their separation.

The Theatre Magique was Andre Toulon's puppet theater that he owned as a young man in Paris, France during 1902. Toulon and his fellow entertainers (Vigo, Valentin, Latour and Duval) would put on puppet shows every night and would attract a large crowd. There was always a Beggar outside the front, but Toulon was never sure if he was really homeless or just a con artist so he never invited him in out of the cold. The theater is where many important events occured, it is where Toulon met Afzel and learnt the secret of life, it is where he animated his first puppets, it's where he met his wife-to-be Elsa Toulon and it is where all of his friends were killed by Sutekh's Mummy Servants. After all the trouble that had happened there, Toulon simply abandoned it and escaped to Berlin, Germany for a new life with Elsa, but little does he know that World War 2 will occur and Berlin wont be a such an ideal place. 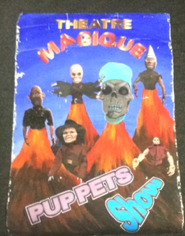 The poster that is on display at the theater. 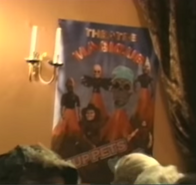 Swiss Embassy is the embassy of Switzerland in Paris, France. Elsa lived at the embassy with her ambassador father during 1902. Her father was very strict and did not let her leave the embassy at any times, and she was forced to dance with old men at the celebration balls. Elsa sneaks out one night because she wants to see the night life of Paris and Margarette, a worker at the embassy tries to stop her, but since they both have a good connection, she lets her go. Elsa goes to the Theatre Magique to watch a puppet show, little does she know that she will meet her future husband Andre Toulon there. When her father discovers that Elsa has been out, he sends three guards to beat up Toulon and teach him a lesson for being near his daughter. When Afzel teaches Toulon the secret of life, Sutekh's Mummy Servants break into the embassy to kill all the residents and kidnap Elsa to force Toulon out of hiding so they can steal back the secret from him.

Paris Catacombs are underground tunnels under the streets of Paris, France. Sutekh's Mummy Servants hide down in the catacombs until they locate Afzel's position. This is also the place where they make a deal with the two Thugs to kill Afzel.