Puppet Master (also known as Puppetmaster and Puppet Master I) is a 1989 horror film written by Charles Band and Kenneth J. Hall, and directed by David Schmoeller. It is the first film in the Puppet Master franchise and stars Paul Le Mat, Irene Miracle, Matt Roe and Kathryn O'Reilly as psychics who are plotted against by a former colleague, using puppets animated by an Egyptian spell. Originally intended for theatrical release in summer 1989, before being released on home video the following September, Puppet Master was ultimately pushed to a direct-to-video release on October 12, 1989, as Charles Band felt he was likely to make more money this way than he would in the theatrical market. the film was very popular in the video market and since developed a large cult following has led to the production of ten sequels.

In 1939 Bodega Bay, California an old puppeteer named Andre Toulon is putting the finishing touches on a living puppet called Jester. A living oriental puppet, named Shredder Khan, stares out of the window at Blade, another living puppet, as Blade scouts the grounds of the Bodega Bay Inn that Andre is staying. Two Nazi spies, Max and Klaus, get out of a car and head for Toulon's room but Blade beats them there and Andre puts Blade, Jester and Shredder Khan into a chest with the indian puppet, named Gengie, before hiding the chest in a wall panel. As the Nazis break down the door, Toulon shoots himself in the mouth with a pistol. The puppets Gengie and Shredder Khan were not seen in the rest of the movie.

The film now cuts to 1989, with a psychic named Alex. Alex has a dream of a man that he recognizes putting a gun to a woman's head. Seconds later, he dreams that there are leeches on his stomach, sucking out significant amounts of blood. The film cuts to Dana, another psychic, who has visions of being slashed across the throat with a knife. Carissa and Frank, two other psychics who are apparently lovers, are reading the mind of another woman when they get a call from Alex. Frank tells Alex that they also got a call from Dana, and the four psychics assess that the visions they have been having were sent from a former colleague, Neil Gallagher.

The psychics meet at the Bodega Bay Inn that Neil is staying at and meet Neil's wife, Megan, as well as the housekeeper, Theresa. The psychics are skeptical that Neil took a wife but it is forgotten when Megan tells them that Neil shot himself. Theresa, Megan, and Alex leave the body, leaving Frank, Carissa and Dana. Dana stabs a long pin into Neil's corpse to verify that he is in fact dead.

Settling into her room, Dana warns Theresa to stay away from the fireplace. Theresa, somewhat upset and suspicious of Dana, leaves the room. Alex, in his room, finds a picture and has a vision of a couple dancing in a ballroom, only to awaken from his vision with the now crumpled picture in his hand. While in the elevator Carissa has visions of Neil violently attacking a woman in the same elevator. Theresa tells Frank and Carissa not to say things like that around Megan, as she is already upset over the loss of her husband. They assure her they will not. As the sun sets, Pinhead, another living puppet, climbs out of Neil's casket. That night at dinner, Dana makes several remarks about Neil that causes Megan to leave the table. Alex goes after her and explains about the powers of the people in the group. Carissa can touch an object and give the object's history, Dana can tell fortunes and locate things and people, and Alex himself has premonitions in his dreams.

When night falls, Theresa goes near the fireplace and is murdered when Pinhead hits her with a poker. The psychics hear a scream and find Megan passed out nearby Neil's body that has been moved into a chair by someone. Carissa and Frank spend some intimate time together in one of the hotel rooms but two more living puppets, Tunneler and Leech Woman, enter. Tunneler kills Carissa by drilling into her face and Leech Woman vomits leeches onto Frank's body, which drain his blood. Meanwhile, Dana sits around with her taxidermied dog until she is attacked by Pinhead, who breaks her leg. Pinhead chases her and repeatedly strangles and punches her until she manages to knock him away, only to have her throat cut by Blade, using his knife-hand.

Alex has recurring nightmares of Megan having a gun put to her head by Neil and the other psychics being found dead, but is eventually awoken by Megan, who takes him into the room that Andre Toulon was in, and tells him that Neil found Andre's secret to bringing inanimate objects, such as puppets, to life. Alex has a vision and they go downstairs to find the dead bodies of the psychics sitting around a table. They are stopped by the newly resurrected Neil. He explains that "metaphysically speaking", he did commit suicide, but he used Toulon's formula to give himself eternal life. He fights with Alex and beats him up, and then hurts Jester. Seeing this attack on one of their own, the puppets revolt against Neil. Pinhead locks him in an elevator, and Neil starts to attack him, forcing him to get out of his way. Neil throws Pinhead to a wall and then bangs on the elevator door trying to get out and shouting 'Open this door!', Pinhead grabs Neil's leg then Neil picks him up and pulls Pinhead's head off and throws his headless body and head to a wall. Tunneler then drills into Neil's leg, and Neil pulls him off. He then limps and climbs up the elevator, trying to get free. Pinhead puts his head back on his body, and he and Tunneler try to grab Neil. Blade then shows up and chops Neil's fingers off, which make him fall off the top of elevator. Blood (in the color of green) squirts out of Neil's fingers. Pinhead grabs Neil's head, then the puppets murder Neil. Pinhead holds Neil's head, Blade stabs his hand with a knife, Tunneler drills into his neck, then Blade opens Neil's mouth for Leach Woman to vomit a leach into his mouth. Alex tries to stop the puppets killing Neil, by shouting 'Stop!', kicking the elevator door and trying to open it. Megan then shouts 'Stop!' bursting into tears. Pinhead then cracks Neil's neck (killing him). Megan cries after he dies.

The film cuts to Alex saying goodbye to Megan and leaving the hotel. Now alone, Megan picks up Dana's taxidermic dog, and in the following scene, the dog becomes completely animate, walking up the stairs with Megan, indicating that she, too, has learned Toulon's method (although the film's sequel dispels that she has become the next Puppet Master). 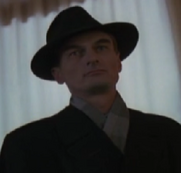 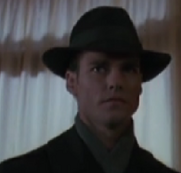 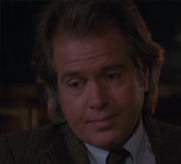 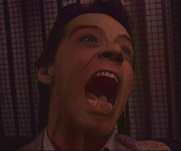 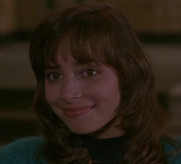 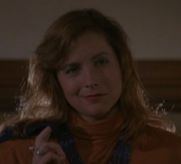 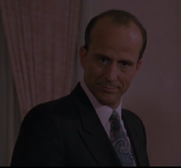 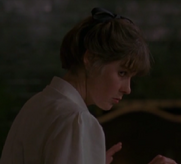 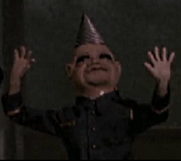