Puppet Master vs. Demonic Toys is a 2004 crossover horror film based on the characters of David Schmoeller (Puppet Master) and David S. Goyer (Demonic Toys). The film is written by C. Courtney Joyner and directed by Ted Nicolaou. This film stars Corey Feldman as the great-grandnephew of Andre Toulon, and Vanessa Angel as the head of a toymaking factory who plans to dominate the world using its latest line of holiday products. According to Charles Band, this film is a non-canon film because it was not produced by him or his production company Full Moon Features. It was instead a made for TV film that debuted 18 December 2004 on NBC Universal's SyFy, a rare occasion for an established horror franchise film to be aired as such. the fans reaction was very negative. This is a movie in the vs series that brings both the Puppet Master's puppets against the Demonic Toys.

The puppets along with the formula are now in the ownership of Andre Toulon's great-grandnephew Robert Toulon and his daughter Alexandra. Robert and his daughter are both very brainy and very child-like and collect, fix and build dolls and puppets for a living. Ever since Robert inherited his great-grandfather's puppets he has been trying to create his own life force potion based on Toulon's diary entries using alcohol and blood (which according to Robert and Alex is sacred). One Christmas Eve Alex and Robert finally figure out how to make the potion and bring the puppets to life. Toulon explains to the awakened puppets who he is and they are quick to accept their new master.

Meanwhile an evil toy manufacturer Erica Sharpe was apparently a spoiled child with a father who owned a toy factory and would do anything for her. When she begged her father for him to get her toys that live, when he couldn't get them he tried to live up to his goal as a nice father and went to the length of getting in contact with Bael (the demon of wealth and profits) in which he made a deal to have toys that live in exchange for his soul. The toys which he was given were found in the darkest corners of hell and had previously raised a lot of havoc elsewhere. After Erica's father dies, the toy company is handed down to her. After getting fed up with her rude toy companions who fail to behave or follow any of her orders, she does some research and uncovers Andre Toulon's epic tale and learns of the living, loyal puppets who are now in the hands of a former employee at her toy factory that she fired Robert Toulon. She has had a secret spy camera in the Toulon residence for a long time and after watching Robert and Alex finally find the formula and bring them to life, she orders a team of thieves to break into the Toulon residence and retrieve the puppets, but when they do the puppets put up a fight and the workshop is set ablaze where the puppets are burnt by the accident from Six Shooter.

Robert fixes up the puppets with new cyborg parts and powerful new weapons which will come very much in handy.Meanwhile, Erica leads a girl into her trap, by convincing her to open a Jack in the box, only to find out it is Jack Attack. The girl is then tortured by the toys, making Oopsie Daisy rip open her shirt and bite at her breasts. She is then lead to a iron maiden, and forced in there. Ericas servants activate the trap, and the spikes move forward and kill her. Her blood goes into a well which triggers a demon. Erica becomes bored of life and has another evil plan up her sleeve, using the help of a certain demon she mass-markets demonic toys which appear harmless on the outside, but on Christmas Day all the toys will awaken and kill. When Bael learns of Erica's obsession towards Robert Toulon's puppets he remembers that centuries ago a doctor by the name of Shaun Paul Toulon made a deal with him that he'd hand over his soul for the secrets of alchemy but after Bael came to collect the soul it had apparently wandered deep into a black forest and become lost and entangled with an ancient oak. That very tree was the one Andre Toulon used to carve his first retro puppets.

Still being a selfish unforgivable demon like Bael, Sean Paul Toulon's debt still needs to be paid off so he makes a deal with Erica that in exchange of Alex Toulon's life he will let her keep the Toulon puppets and bring all the evil toys to life. Robert Toulon discovers the spy camera and has the idea that the thieves who broke into his workshop are connected with Sharpe toys, he goes over to the factory to see what is going on, there he is ambushed by an evil living Baby doll (Baby Oopsie-Daisy). On Toulon's return he discovers his daughter has been kidnapped. Robert assist the help of a friendly police officer Sargent Jessica Russell who on Christmas Day with the puppets break into Sharpe toys and have a final fight with Erica Sharpe and her demonic minions and Toulon and his loyal puppets. The demonic toys are no match for the puppets and quickly dispatched.

Robert frees his daughter from the hands of her evil kidnappers and at sunrise Erica fails to live up to her deal to bring Alex Toulon to Bael so instead of bringing the toys to life he takes Erica back to his kingdom in hell where she will become his loyal slave for all eternity, after that, Pinhead was wounded and soon dies after a moment. Saving the day and perhaps the world, the Toulons, their puppets and Jessica head off into the sunrise singing and going out for a Christmas dinner. At the end Baby Oopsy Daisy somehow survived in the well and says "Merry Christmas my ass, and a crappy New Year!" He then pops down. 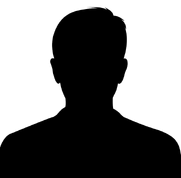