Rick is one of the very first main characters shown in Puppet Master 4. He is a caretaker at the Bodega Bay Inn, and he has been using it to conduct his experiments on the A.I. project. That same night he talks to Dr. Baker, one of the other people working on the Omega project, who then is killed by one of the Totems (Who are actually guided by the underworld to keep Omega from finding out Toulon's secret that's also their secret to animation.) However, Rick cannot seem to get his A.I. project to work right because the robots are not capable of independent thought and don't try to attack him back.

Later on, Rick's friend Suzie calls and says she's coming to visit him. Much to Rick's surprise, Suzie has brought along two friends: Cameron , a former colleague and rival of his, and Cameron's girlfriend Lauren who is a psychic. Cameron talks about how smart Rick is at the dinner table, saying that he broke a majority of the records Cameron set in college.

Rick later finds Jester , Six-Shooter , Tunneler , and Pinhead in a old trunk due to Lauren's physic powers (Blade was found earlier in the film.) Rick finds all of Toulon's things, including the formula, his diary. Curious, Rick injects the puppets with the formula, and one by one, each puppet awakens. Rick, believing that this is the answer they've been looking for for the Omega project plays laser tag with Pinhead and Tunneler, who shoot back at him, confirming they are capable of independent thought.

The totem then makes its way to the Inn by the mysterious man that brought it to the two doctors who were killed earlier in the film (Dr. Baker and Dr. Piper.)

To make it worse, Cameron, wanting to one-up Rick in success, manipulates Lauren into using a gameboard to communicate with Toulon so he can know the secret to the formula and give it to Omega. However, doing this lets out more Totems since the glowing pyramid is conduit between the mortal world and underworld.

Rick is attacked by a Totem while racing to Cameron's car to retrieve the formula that he stole, but Rick manages to fight it off and get back inside. Rick then uses the formula and electric currents from his generator to activate Decapitron, who helps defeat one of the stronger Totems.

Rick then becomes the new Puppet Master in the film with Andre Toulon saying that he will help him in his times of need.

At the beginning of Puppet Master 5, Rick has been arrested under suspection of the murders of Dr. Baker and Dr. Piper from the previous film. It is then revealed in this film, that he graduated from MIT at the age of 15. Blade is also at the police station, but manages to break out of his bag and escape the evidence room.

Rick then gets bailed out of jail by Dr. Jennings, the new head of the Artificial Intelligence research project. Rick then tells him the story about Toulon and the puppets, and while Dr. Jennings is skeptic, he breaks into Bodega Bay Inn later on in the film to steal the puppets. Blade sneaks into Suzie's bag and after a nightmare Rick has, Rick and Blade set off to retrieve the other puppets from the hotel.

By this time, Sutekh has put his soul into a new, stronger Totem set on killing people associated with the Omega Project. One by one, Sutekh manages to kill all 3 of Jenning's hired thugs, then sets off to find Rick.

The puppets gradually manage to find Rick, but Rick can't seem to activate his computer because he's receiving messages (Which turns out to be Lauren communicating with them through it.) Rick manages to revive Decapitron, and Toulon tells them to leave.

Rick is then knocked unconscious by a greedy Jennings, who is still set on stealing the puppets. However, the puppets back Jennings down the elevator shaft and he falls to his death.

Rick shows up again at the end, stepping on Sutekh's head and taking the puppets home for repairs. Toulon appears again, entrusting Rick with the formula and the puppets and they will act as his protectors.

It is later revealed in Puppet Master: The Legacy that he was shot four times by Maclain while trying to protect Toulon's Diary, revealing that Rick is dead. Although Peter Hertz avenged his death. 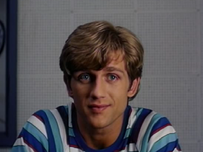 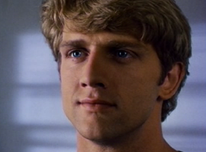 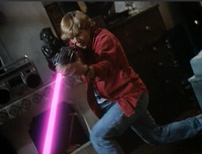 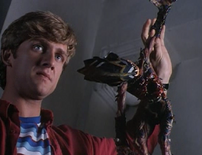 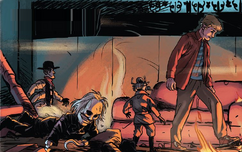 Rick in the Action Lab Comics
Community content is available under CC-BY-SA unless otherwise noted.
Advertisement