Robert Toulon is the great grandnephew of Andre Toulon who inherited four of Toulon's puppets. Robert is a single parent living with his daughter Alexandra Toulon at their house. He is single because his wife tried to sell the puppets in a flea market in Paris, France and he could never forgive her for this. Robert and his daughter collect rare toys and puppets from around the world, they also operate a doll hospital where they repair damaged dolls for customers.

It is unclear how Toulon inherited the puppets, but they were not alive when he had them and spent his life trying to follow in Andre's footsteps and bring them back to life. Robert's former boss Erica Sharpe an evil CEO at the Sharpe Toys Industries wants to steal his puppets and has a secret surveillance camera in his home that she watches patiently until he discovers a method of bringing them back to life. Robert and his daughter try a special experiment using their blood which they claim is sacred and just before Christmas, 2004 they manage to bring the puppets to life. Erica witnesses this and sends her demon worshiping employees to steal them. When they break into Robert's home the puppets put up a fight which ends with Six-Shooter accidentally shooting a jar of explosive chemicals which sets the lab and the puppets on fire.

Robert discovers the secret surveillance camera that was planted in his home and asks a police officer Sgt. Jessica Russell (who he also has a crush on) to help him, but she does not believe his story at first. Robert and his daughter hide out at a mansion where he repairs the burnt puppets with new cyborg parts. He then breaks into Sharpe Toys and discovers Erica's evil plan to mass produce Christmas Pals, seemingly normal children's toys that will wake up on Christmas day and murder the children. Alexandra is kidnapped by Erica and taken to be sacrificed to Bael, the demon of greed who has an ancient feud with the Toulon family name after Andre Toulon's father Jean Paul Toulon didn't follow up on an unholy bargain many centuries ago. Toulon gains the trust of Sgt. Jessica Russell and introduces her to the puppets. They go on a mission to save his daughter and save Christmas from Erica and Bael's evil plans. 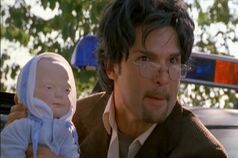 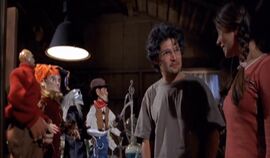 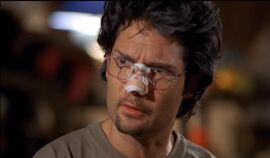 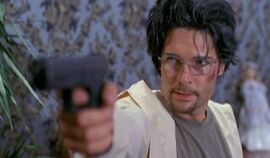